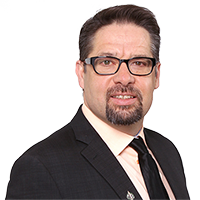 May 05, 2016 FOR IMMEDIATE RELEASE Fort McMurray, Alberta —  The City of Fort McMurray has been evacuated due to wildfires reaching the city. The fire has torn through a number of residential areas. Due to the location of the fire High Way 63 has been closed. Residents of Fort McMurray have ... Full Article

November 29, 2015 – Cold Lake, Alberta. David Yurdiga Member of Parliament for Fort McMurray-Cold Lake has issued the following statements in response to the second act of vandalism at the Cold Lake Mosque in little over a year. “This morning I was saddened to hear that once again the Cold ... Full Article

I would like to wish everyone in Fort McMurray-Athabasca a happy, safe and fun-filled Canada Day. As we gather with family and friends to celebrate the founding of this vast country that we call home. As we celebrate our country’s 148th birthday, let’s also recognize other milestones ... Full Article