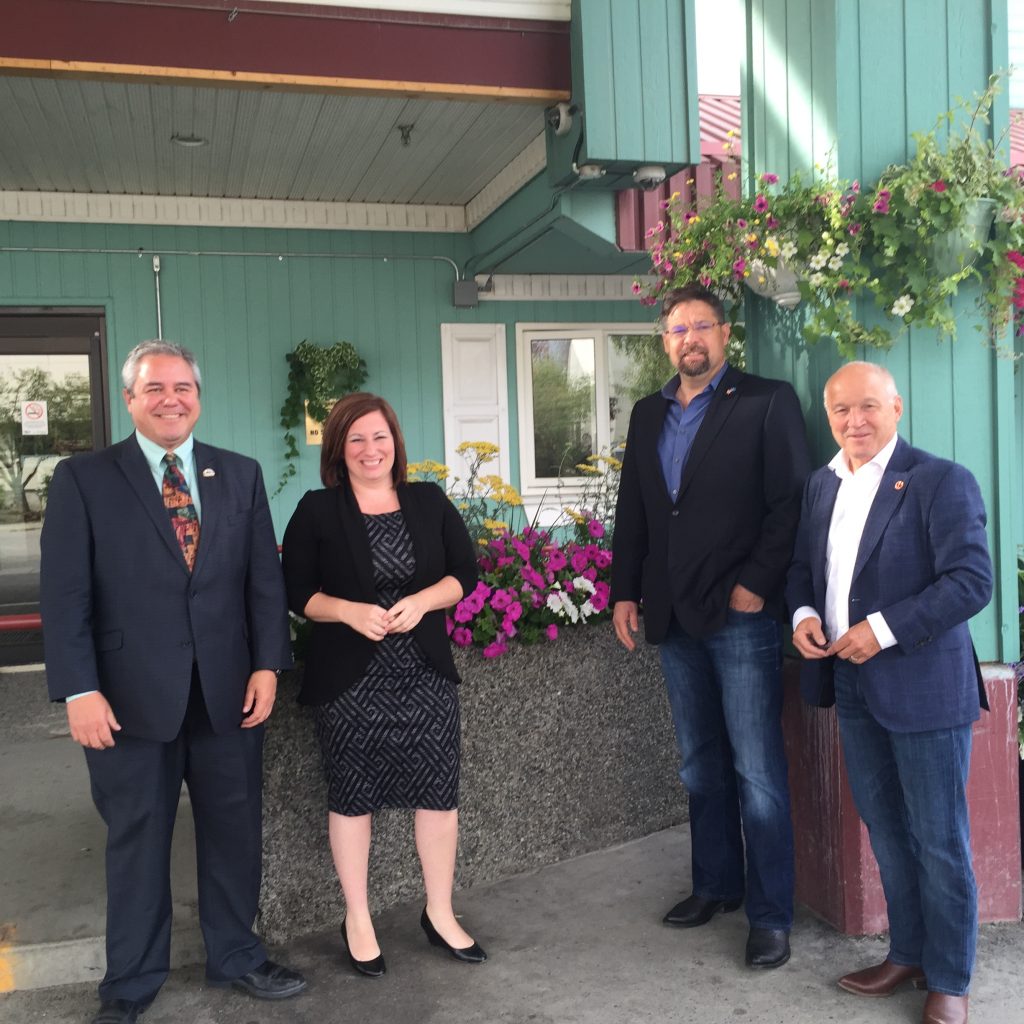 According to Yurdiga, “it was vitally important to listen to and engage with the Council of Yukon First Nations about issues concerning their members, as well as the various stakeholders who are impacted by federal legislation on a daily basis.”

A number of issues were discussed including the impact of the proposed amendments to the Yukon Environmental and Socio-economic Assessment Board Act, which is currently before Parliament and which will among other things, remove set timelines for assessments as well as requiring re-assessments for large scale mining projects, where a full environmental screening has already been positively concluded. The delegation heard that the Liberal government’s cuts to the territorial transfer payments will have serious consequences to health, and social services in Yukon. Territorial transfer payments make up a significant portion of the territorial budgets in the three northern territories and northern governments are calling on Prime Minister Trudeau to reverse this cut which represents well over $100 million in the next five years.

Additionally, they heard first-hand about the impact of changes to the RCMP Auxiliary Constable Program. Yukon relies on the RCMP Auxiliary Constable Program for a number of services, including in Whitehorse for impaired driver check-stops. Changes to this program are already reducing the services, demoralizing the volunteers and threaten to erode public safety. Yukon’s Senator, Daniel Lang has raised the fact that these volunteers give hundreds of hours of their own time to serve their communities in rural and northern Canada with the federal Minister and has been calling for the program to be fully reinstated.

Finally, the delegation heard about the impact of the proposed carbon tax on northern communities which will increase the cost of living, undermine food security and threaten emerging economies.
According to Yurdiga and Stubbs, “ the meetings in Yukon were very constructive and will form the foundation for more informed analysis of legislation and other issues which will be discussed when Parliament resumes this fall.

Quotes
“The Liberal Government has chosen to cut transfers to the Yukon, while piling on a Carbon Tax that people can’t afford. It is clear that this Government is intent on ignoring the concerns of Yukoners.”
– Member of Parliament David Yurdiga
“Every person in Yukon will pay more under the Liberal’s carbon tax plan. A national carbon tax plan threatens to kill jobs, hinder economic growth and raise taxes for Northerners.”
– Member of Parliament David Yurdiga
“The federal government thinks that it is acceptable to run a $30 billion deficit and spending billions on foreign aid and international climate change projects, as well as on newcomer settlement programs all the while cutting over $100 million from the three northern territories over the course of the next five years. This is unacceptable.
– Senator Daniel Lang
-30-