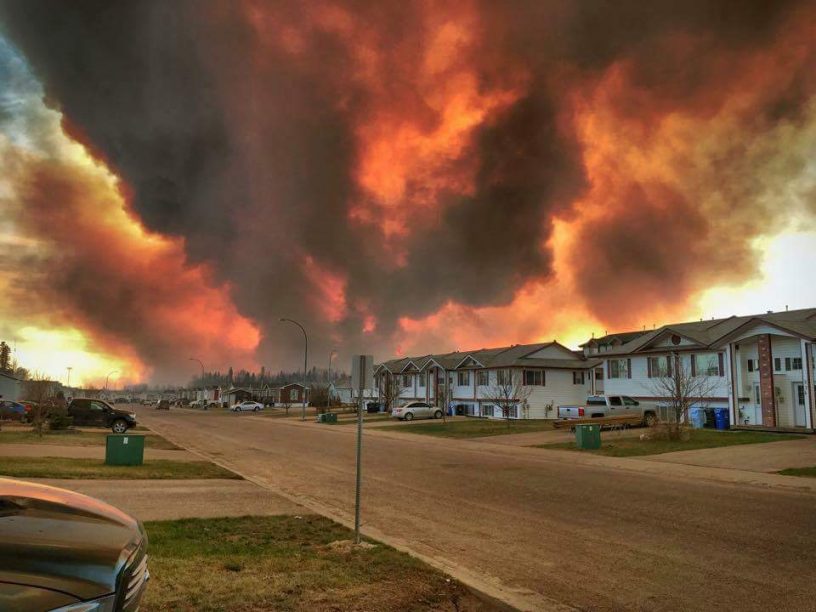 “According to information obtained from a series of FOIs to the Alberta government, the NDP’s management of the Fort McMurray forest fire was nothing short of incompetent. There were problems at every stage of the crisis; they were ill-prepared to prevent the fire, slow to intervene, and they put displaced citizens in danger during re-entry.”

“When the fire began on May 1, Rachel Notley’s NDP was incredibly slow in calling for help. It had taken three days before they bothered to draft a request for assistance from the Department of National Defence. The DND had already positioned three aircraft in the region — resources that were so badly needed . Even after homes, businesses and city infrastructure were burned to the ground, Alberta’s provincial leaders refused to reach out for assistance.”

“The former Minister of Municipal Affairs Danielle Larivee sent the Canadian Armed Forces home, while the fire raged on. On May 12 it was decided that the assistance of the CAF was no longer needed . At this point, the fire had reached 229,000 hectares . Four days later, the emergency conditions remained extreme, and another 55,000 hectares in the province had burned . After the CAF had been sent home, it took seven weeks before the fire was declared under control on Jul. 4. By then the fire had claimed nearly 600,000 hectares of land including people’s homes and livelihoods.”

“On May 5th, a day after the province announced a state of emergency, Kyall Glennie, Issues Manager for the Alberta NDP, emailed officials at the department of Alberta Agriculture and Forestry, asking what firefighting resources the province had . This was four days after the fire began. It demonstrates a clear lack of readiness and organisation from the Premier’s office.”

“When it came time for re-entry, the NDP decided to lower safety standards – putting citizens in danger. On May 15, Morgan Kehr, director of the Wildfire Operations Section, recommended requiring wildfire hotspots be extinguished within 300 meters of Highway 63 and 881 . After failing to control the flames, the Alberta Agriculture and Forestry Ministry reduced the safety condition requirements on May 22. Now, hotspots only needed to be extinguished within 150 meters of the highways . Evidently, the appearance of success was more important than the actual safety of residents.”

“To make matters worse, firefighting specialists on the ground were not consulted and the published re-entry criteria were missing critical information. Connor Wollis with the Alberta Emergency Management Agency, criticized, internally, the re-entry information’s sloppy instructions. He pointed out that the instructions only focused on hazards on homeowners’ property and there was no guidance for forested areas, where more hazards existed. Darryl Johnson, a wildfire specialist at the Ministry of Agriculture and Forestry, admitted he was not consulted before the re-entry document for the municipality of Wood Buffalo was published .”

“In the 2016 budget, the NDP also made reckless cuts to wildfire prevention and management programs. They reduced Airtanker contracts by 5.1 million dollars and cut funding for FireSmart grants that funded projects focused on fire preparedness planning, public education and fire mitigation projects such as creating buffers between buildings and forests. ”

“While Alberta’s political elite managed to avoid the effects of the wildfire, hundreds of thousands of Fort McMurray residents were forced find shelter in trailers, sleep on the floors of recreation centres and watch from afar as their possessions were destroyed. The government’s slow reaction time combined with budget cuts to wildfire prevention resources and inability to properly organize a re-entry plan meant citizens weren’t able to return home until June 1st, at the earliest.”